Steve Bluestein and Donelle Dadigan: Next on TVC

Stand-up comedian, comedy writer and playwright Steve Bluestein and Hollywood Museum founder and president Donelle Dadigan will join us this weekend on TV CONFIDENTIAL, airing July 6-9 at the following times and venues:

Share-a-Vision Radio
San Francisco Bay Area
Friday 7/6
7pm ET, 4pm PT
10pm ET, 7pm PT
Click on the Listen Live button at KSAV.org
Use the TuneIn app on your smartphone and type in KSAV
Hear us on the KSAV channel on CX Radio Brazil
Hear us on your cell phone or landline number by dialing 712-432-4235

Indiana Talks
Marion, IN
Saturday 7/7
8pm ET, 5pm PT
Sunday 7/8
10am ET, 7am PT
Click on the player at IndianaTalks.com
or use the TuneIn app on your smartphone and type in Indiana Talks

KSCO AM-1080 and FM-104.1
San Jose, Santa Cruz and Salinas, CA
KOMY AM-1340
La Selva Beach and Watsonville, CA
Sunday 7/8
9am ET, 6am PT
Also streaming at KSCO.com
or use the TuneIn app on your smartphone and type in KSCO

CROC Radio
Kimberley, British Columbia, Canada
Sunday 7/8
1pm ET, 10am PT
Streaming at CROCRadio.com
or use the TuneIn app on your smartphone and type in CROC His name may not jump out at you immediately, but Steve Bluestein has left his mark on comedy, television, movies and the stage for more than four decades. As a stand-up comedian Steve has performed in venues all over the country, opening for the likes of Barry Manilow, Phyllis Diller, Laurie Kazan and others, while he has appeared on just about every major comedy show and cable channel, including Showtime, HBO, MTV, VH1, Comedy Central, Evening at the Improv and Caroline’s Comedy Hour. Working behind the scenes, Steve has written for the likes of Norman Lear, Joan Rivers and Liz Torres, as well as such shows as 13 East, The Brady Bunch Variety Hour and the ABC special Playboy’s Playmate Party. He also produced segments for FOX’s Totally Hidden Video and The New Candid Camera for Universal, while audiences saw Steve’s design skills on display when his home was featured on HGTV’s You’re Home. Steve’s first play, Rest, In Pieces, has been optioned for Broadway and is scheduled to be produced in the fall of 2018; his other plays include Alzheimer: A Black Comedy, which had its first staged reading earlier this summer at the Waco Theater in North Hollywood.

Steve’s new book, Memoir of a Nobody, is a funny and poignant look at life, love, comedy, show business and overcoming such obstacles as a difficult childhood and bouts of depression. In many respects, Memoir of a Nobody is also very timely. We’ll tell you why when Steve Bluestein joins us in our second hour. Donelle Dadigan, founder and president of The Hollywood Museum, will join us in our first hour. Among the exhibits on displays this summer are Annette Funicello: America’s Girl Next Door and the Queen of Teen, featuring many personal items of Annette’s, including personal letters, awards, jewelry, wardrobe, dolls, games, props, original movie posters, and a signed pair of Mouseketeer ears; REAL TO REEL: Portrayals and Perceptions of LGBTQs in Hollywood, which returns this summer for its fifth consecutive year; and Holy Hollywood History! Batman 1966, the tribute to the classic TV series starring Adam West and Burt Ward that has not only been extended due to popular demand, but will be expanded to include new items. We’ll cover all of that, and more, with Donelle, including a look at the recently unveiled lobby exhibit honoring the career of Rich Little. Donelle Dadigan is also the founder of The Jose Iturbi Foundation, which is dedicated to making classical music accessible and enjoyable to people of all ages and walks of life, and to fulfill Iturbi’s desire of bringing emerging talents and prize-winning musicians to the attention of the public. On Thursday, July 12, The Jose Iturbi Foundation will host a concert at The Hollywood Bowl featuring soloist Khatia Buniatishvili, who will bring Rachmaninoff’s Second Piano Concerto to life with precision and power. For tickets and information, go to https://hollywoodbowl.com. 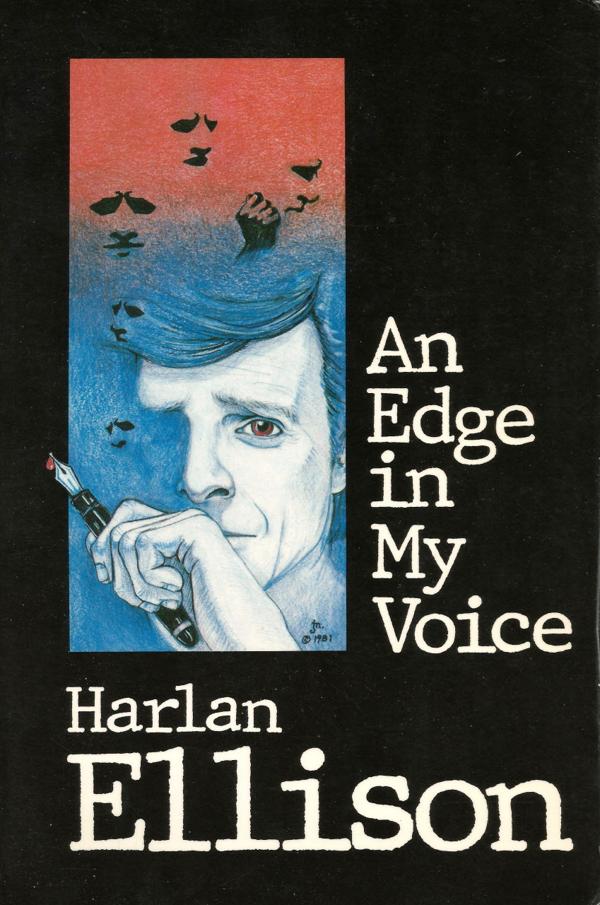 This week’s show will also remember the passing of Harlan Ellison, the iconoclastic and often cantankerous novelist and screenwriter whose credits for television include “Demon with a Glass Hand,” one of the most famous episodes of the original Outer Limits, and “City on the Edge of Forever,” arguably the most famous episode of the original Star Trek. Our friend Mark Dawidziak, a longtime friend of Ellison’s, will share some memories during our second hour.