Judy Norton, plus More of The Monkees: Next on TVC

Actress, screenwriter and independent filmmaker Judy Norton and author, musician and Monkees historian Chuck Harter will join us this weekend on TV CONFIDENTIAL, airing April 13-16 at the following times and venues:

Share-a-Vision Radio
San Francisco Bay Area
Friday 4/13
7pm ET, 4pm PT
10pm ET, 7pm PT
Click on the Listen Live button at KSAV.org
Use the TuneIn app on your smartphone and type in KSAV
Hear us on the KSAV channel on CX Radio Brazil
Hear us on your cell phone or landline number by dialing 712-432-4235

Indiana Talks
Marion, IN
Saturday 4/14
8pm ET, 5pm PT
Sunday 4/15
10am ET, 7am PT
Click on the player at IndianaTalks.com
or use the TuneIn app on your smartphone and type in Indiana Talks

CROC Radio
Kimberley, British Columbia, Canada
Sunday 4/15
1pm ET, 10am PT
Streaming at CROCRadio.com
or use the TuneIn app on your smartphone and type in CROC

Most of you know Judy Norton as Mary Ellen Walton, the eldest daughter on The Waltons, reruns of which air twice a day, Monday through Friday, on the INSP digital cable channel. What you may not know is that over the years since The Waltons, Judy’s accomplishments have encompassed the worlds of music, theatre, cabaret, stage and film production, and independent filmmaking. Among her recent credits, Judy Norton wrote, produced and stars in Inclusion Criteria, an independent film about a painter who suddenly finds herself haunted by a tragedy that devastated her family many years before. Also starring Lauri Hendler (Gimme a Break), Inclusion Criteria premiered earlier this month on Amazon Prime and is now available for streaming on demand. We’ll ask Judy how she came to write Inclusion Criteria, plus we’ll get caught up on some on her other recent projects (including the offbeat web series Disorganized Zone), when she joins us in our second hour. 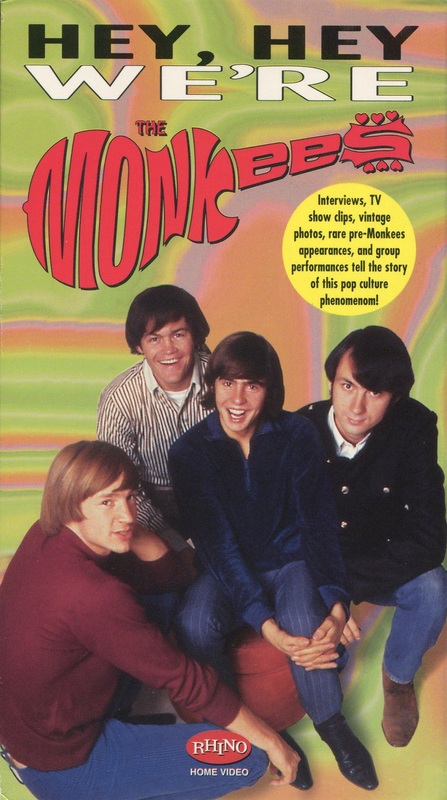 Also this week: Chuck Harter returns for Part 2 of our look at the history of The Monkees and their impact on music and television. Chuck wrote Hey, Hey, We’re The Monkees, the acclaimed documentary that originally aired on The Disney Channel, and for which Chuck interviewed Davy Jones, Micky Dolenz, Mike Nesmith, Peter Tork and other key people behind the Monkees phenomenon. Among other things, we’ll talk about the songs written by Boyce and Hart, Neil Diamond and Mike Nesmith (and particularly how Mike’s songs each have a distinct signature of their own); how the Monkees world tour of 1967 changed the dynamics of The Monkees television series (both seasons of which are now available on Blu-ray); how the Monkees feature motion picture Head was ahead of its time; and how the ill-fated NBC special 33 1/3 Revolutions Per Monkee marked the beginning of the end of the group. An accomplished musician himself, Chuck Harter will also perform two Monkees tunes for us when he joins us in our first hour.