Ruta Lee, Biffle and Shooster, plus Music That’s Lost in the Stars: Next on TVC

Actress and humanitarian Ruta Lee will join us, along with Will Ryan, Nick Santa Maria and Michael Schlesinger (The Misadventures of Biffle and Shooster), actor and author James Rosin (People, Places & Me) and singer Roberta Livetow (Lost in the Stars), will join us this weekend on TV CONFIDENTIAL, airing Oct. 11-13 at the following times and venues:

KDUN AM-1030
Reedsport, OR
Saturday 10/19
Noon ET, 9am PT
Streaming at kdunradio.wixsite.com/kdun

Indiana Talks
Huntington, IN
Saturday 10/19
8pm ET, 5pm PT
Sunday 10/20
10am ET, 7am PT
Click on the player at IndianaTalks.com
or listen to us on the Indiana Talks TuneIn channel

KOMY AM-1340
La Selva Beach and Watsonville, CA
Sunday 10/20
9am ET, 6am PT
Hear us online on the KOMY TuneIn channel One of the grand dames of the entertainment history, Ruta Lee has left her mark on stage, TV, and the movies for more than six decades, including such films as Seven Brides for Seven Brothers, Witness for the Prosecution, and Sergeants Three, and a host of television credits, including The Twilight Zone, The Fugitive, The Lucy Show, The Andy Griffith Show, five episodes of Perry Mason, and the popular NBC game show High Rollers, which Ruta co-hosted with Alex Trebek—making her the first female co-host of a network TV game show. Ruta also embodies Hollywood off camera, having dedicated much of her life as chairman or president of The Thalians, the charitable organization that she co-founded with her dear friend Debbie Reynolds that is committed to good mental health, from pediatric to geriatric.

Ruta is also currently working on her memoirs, Consider Your Ass Kissed—which, if all goes well, will be released in 2020. We will ask her about that, and more, when Ruta Lee joins us in our second hour.

Our first hour will include Part 2 of our conversation with actor and author James Rosin. Jim’s latest book, People, Places & Me, reflects on his life as a working actor (both in L.A. and New York), his experiences working on stage and on television on both coasts (both as a writer and as an actor), and the many moments of encouragement that he received along the way from people famous and otherwise, including Jack Lord, Jack Klugman, Bruce Willis, Tony Randall, Steve McQueen, and Paul Newman. James Rosin is scheduled to appear at the Williamsburg Nostalgia Fest, Nov. 7 through Nov. 9 in Williamsburg, VA.

Also this week: A return appearance by Will Ryan, Nick Santa Maria, and Michael Schlesinger. Will and Nick are the stars—and Mike, the writer, producer and director—of The Misadventures of Biffle and Shooster, the Rondo Award-nominated DVD collection of original, authentically-made 1930s-style comedies starring the greatest comedy team, Benny Biffle and Sammy Shooster, that never actually existed. The last time Will and Nick visited us, they did the interview in character as Biffle and Shooster. This time, we’ll ask them each some questions about their respective careers before Biffle and Shooster. Will Ryan, Nick Santa Maria, and Michael Schlesinger will join us in our first hour. Plus: Calendar year 2019 marks the seventieth anniversary of the debut of Mr. Magoo, the nearsighted curmudgeon voiced by Jim Backus in a series in animated shorts and TV cartoons, including Mr. Magoo’s Christmas Carol (NBC, 1962), the 90-minute holiday classic directed by Abe Levitow that was also the first animated special to be produced specifically for television. 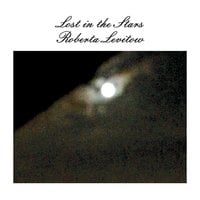 Our colleague Greg Ehrbar recently chatted with Roberta Levitow, Abe’s daughter, and an accomplished director, performer, and teacher in her own right. One of the co-founders of Theatre Without Borders, Roberta Levitow has also released two albums—the most recent of which, Lost in the Stars, features Roberta’s renditions of songs from some of the animated musicals that her father directed, including Mr. Magoo’s Christmas Carol. Roberta Levitow will join us in our second hour.